In 2013, Prince Edward Island produced nearly 80% of the total number of mussels harvested in Canada. This translated to a value of $49.5 million from approximately 130 mussel growers working leases totaling 4500 hectares (Source: Fisheries and Oceans Canada). These numbers make PEI an attractive place for foreign growers, farming mussels, to learn new methods of growing.

Last October, I had the opportunity to welcome a couple of Australians, Rob from Albany Mussels and his friend Colby, to Atlantic Canada. They had found information about our mussel sock online and wanted to see it in action. We toured PEI together, visiting local growers and processing plants and also enjoyed a lobster dinner or two.

It’s been eight months since their visit and I took some time to follow up with Rob, the lease owner, to see how they’re making out ‘down under’.

What is your background?

I graduated from university as a marine scientist and have been working in the marine aquaculture field for the last 15 years. Most of my work over this time has been with government R&D facilities and has been focused on marine finfish, primarily hatchery stages of production.

Why did you decide to get into mussel farming?

This is a question I often ask myself! lol

My uncle has had a lease in Albany, Western Australia for many years. I would often go down and help out when I had time. The work is often hard, wet and cold, but instantly I was attracted to the freedom of working on the water and seeing the direct results of all our effort come up over the side of the boat.

A neighbouring lease then came up for sale and I purchased it and we formed a partnership before obtaining a third lease and creating the company, Great Southern Mussels.

We have also been attempting to farm Akoya pearl oysters on our leases and have varying levels of success.

What type of mussel are you farming?

Where is your lease located? 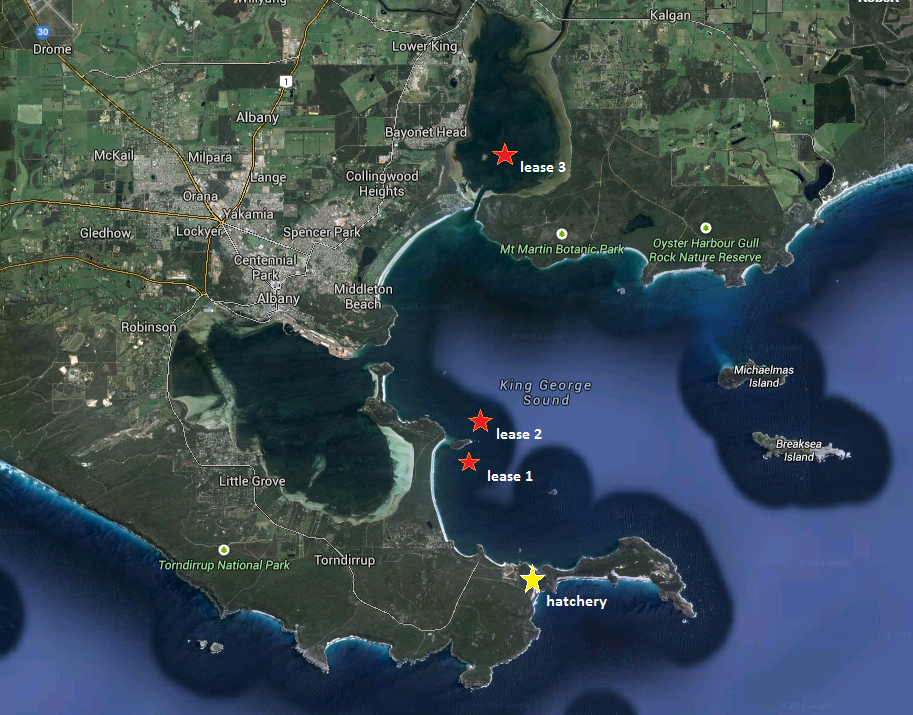 How large is your lease and how deep is the water?

Total area of the 3 leases is about 30Ha. Water depth ranges from 10-16m at our sites in the sound and is 10m at the harbour site. (photo of three leases)

Explain your process. When do you hang sock, harvest, etc.?

1. Hang collectors in May – June (Winter)
2. Strip and sock seed in October
3. Start harvesting from January onwards (after about 4 months in socks)

When is your growing season?

Our mussels grow fairly fast year round. We have periods when they are a bit lean from spawning but this varies from site to site and we can usually overcome this by moving around. Temperature at our sites in the sound ranges from about 16 degrees in winter to 22 in summer, whereas the harbour site drops as low as 13 in winter and up to 23.5 in summer.

Approximately how much product (mussels) are you harvesting in a season?

Only 50-100 tonnes of mussel at this stage but we are expanding.

What pests or fouling organisms do you encounter on your lease?

Barnacles can be a real problem at time. They are probably our most annoying pest to deal with. We also have a kind of tunicate, but it only seems to show up for a few months in the winter and then disappears when it starts to warm up.

What do you do to maintain your lease?

Not much. Keep an eye on the condition of the mainlines and just make sure all ropes have sufficient flotation and check moorings and anchors periodically.

What were you using before Go Deep mussel sock? What drew you to our product?

All our production here was roughly based on the New Zealand method of production. We would hang weighted Xmas tree rope droppers to act as our collectors. We would then strip our collectors before the mussels got too thick and slid off the ropes and would then re-seed them onto new ropes at roughly the required density with cotton mussel socking. We didn’t really have all the right equipment to do this method efficiently and we still had issues with our mussels sliding off the ropes just before harvest, particularly on some of our more exposed lease sites.

We were attracted to the idea of using the socks for several reasons:

1. Greater control of stocking densities.
2. Less reliance on larger boats and rope over-socking equipment.
3. Not having to wash, dry and store hundreds of kilometers of Christmas tree rope each season.

Using the socks has increased our average cleaned harvest yield to 8 kg per meter compared to around 5 kg which we were traditionally achieving.

What was the greatest challenge you had before using Go Deep Cotton Bisect mussel sock?

Mussels sliding off the ropes during storms and fouling on ropes due to patchy nature of settlement on the ropes using the above method.

Are you exporting or selling product domestically?

All domestic at this stage.

What are your future plans?

We are working closely with a local oyster hatchery and plan to start trailing hatchery reared mussel spat later this year with the hopes of being able to stagger our production and harvest two crops per year.

We don’t have a website yet, but my email is albanymussels@gmail.com.

It was great following up with Rob and discussing his mussel farm. On behalf of Go Deep Shellfish Aquaculture and our staff, I want to thank Rob for the time he took to answer my questions and take photos of his lease. I’m glad that our products and expertise can help him achieve his goal of consistent density and quality product. Aside from that, Australians are incredibly friendly people and have a neat accent. I’m sure they think the same about Canadians. 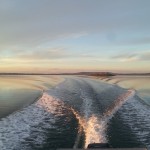 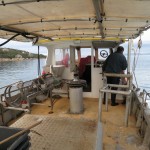 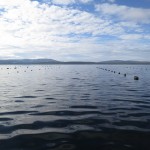 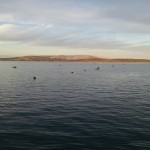 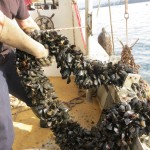 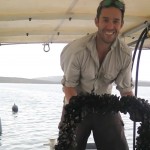